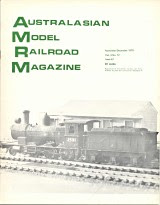 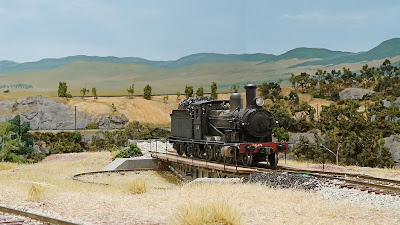 I am reasonably happy with the result except that there is a gear grind evident once you get going faster than shunting speeds, oh well perhaps I might look at an enclosed gearbox but how to fit it is the question. In explanation I should mention that my brother turned the boiler from solid brass and the belpaire firebox is also solid with a slot running through underneath for the drive shaft from the tender so not easy to make more room for a gearbox. I was also going to replace the steam dome and funnel that my brother also turned up in brass however they were pegged into the boiler and I couldn't shift them.
So there it is a 'new' locomotive for the Cassilis branch.
Posted by Ray P at 5:53 PM