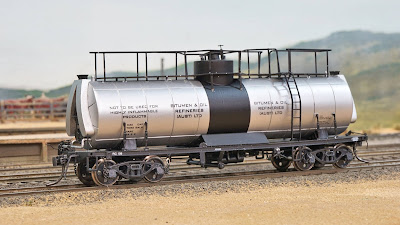 Now, do I need an oil burning D55 or D59 Class and a heavy oil filling point in my Wollar locomotive depot?
Posted by Ray P at 10:39 AM