Level Crossing and a Backyard

Lately there has been a bit of discussion on the Yahoo Aus Model Rail Newsgroup about interest in laser cut buildings which led to some talk of backyards so I present a backyard I have been working on. 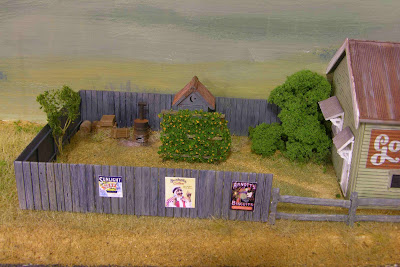 The yard is question is at the back of a shop at a level crossing at the west end of Wollar yard. 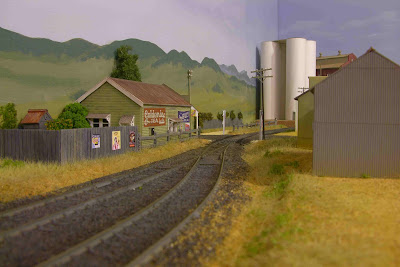 I had been pondering on how to treat a 'drawbridge' section of my layout at the door into the garage for some time and had decided that I wanted a level crossing and some buildings. The buildings were to represent the other end of the Wollar township, the eastern end being near the locomotive depot and previously pictured with the dirt street and shops. The main part of the town being in the operating aisle in front of the Wollar yard. 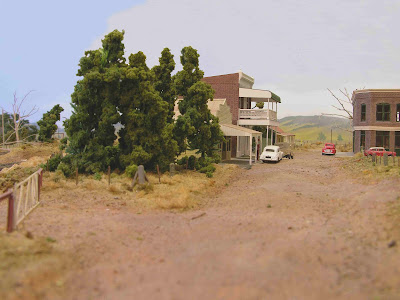 Over my Christmas/January three week holiday I attacked it with some vigour and managed to almost complete six buildings on the 1160mm x 330mm area.
I have been wanting to document this new area on my blog for some time but wanted to surprise the Ramblers which I managed to do a couple of weeks ago.
I am quite happy with it but still have a few things to do like the level crossing gates, fences, signs for the Farmers Co-op and to complete the rural mechanics building, so here are a few pictures of the area. 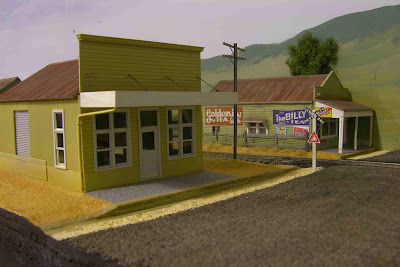 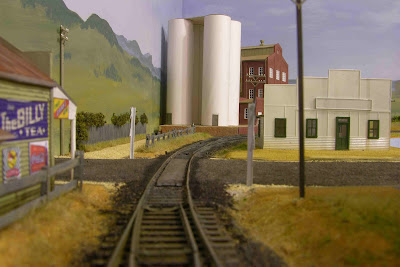 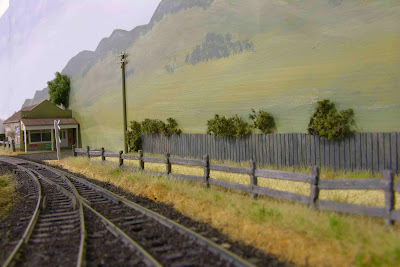 James
If I take some photos with trains in the scene you won't be able to see that shop, the centre piece at the moment.
I do have some so maybe later.

Ray,
Another fantastic scene! Every time I see your exceptional modelling and photography, I'm inspired. Now I just need a new space, and a new plan...

Nice work Ray.
Wollar looks like a very small village.I was wondering if the Shire Council would have a mains water supply for the residents or are they reliant on water tanks,I cant see any.
If you need some installed please contact me for a quote.Corro for your time frame obviously.

Ha, but you can't see the rest of the town in the aisle ;-)
Being a lazy modeller at heart (don't model it if you don't have to) Wollar has town water.