I have had a chance to try lighting a clearance post lamp as discussed in the last post.

I may need to amend the installation painting instructions on the Signals Branch blog as the light from the LED is much brighter than expected and as can be seen in the photo below the light is showing through the paint.

Here is the clearance post lamp lit by a warm white LED. As this was a temporary mounting I added loose ballast around the base for the photo. 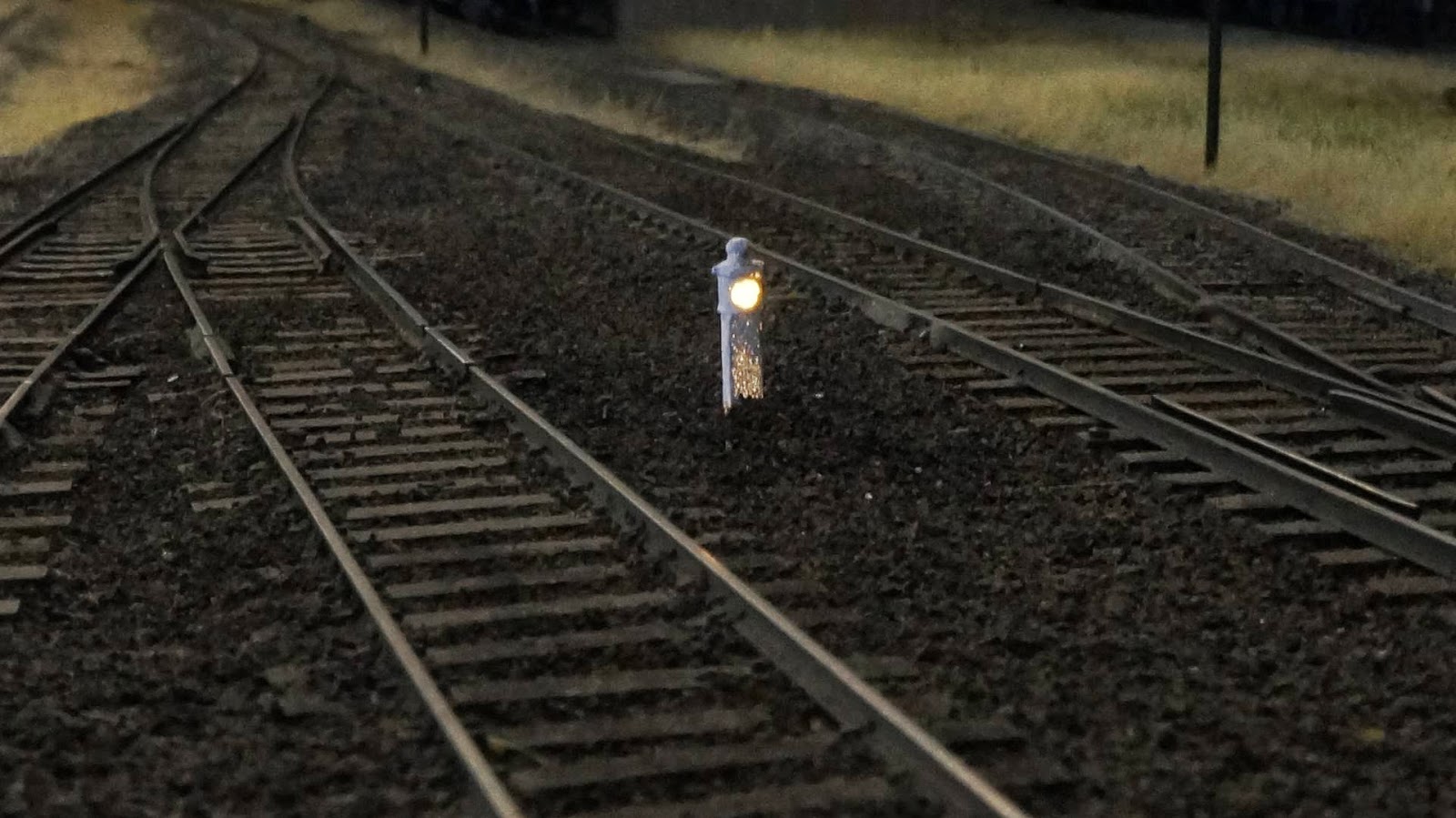 This post was painted in black first then white.

Another post painted in silver and then white was actually worse so the silver has less covering power than black.

At the moment the instructions state to use silver then black and finally white but I don't think that the silver adds anything and isn't needed for light transmission either.

I am currently painting another clearance post and lamp with two coats of black and then a white top coat. I will report on this in a day or two as each coat needs to dry thoroughly before the next coat is applied.

The LED is powered from a bridge rectifier running off the DCC track bus. I used a PO4 6A 400V Bridge Rectifier (Jaycar Cat. No. ZR1314) to convert the DCC power to a nominal 12 volts DC. This bridge rectifier has the AC and the + and - terminals clearly marked on it. Also it has a hole through the centre which allows it to be screwed to the layout frame near where the lighting is needed. 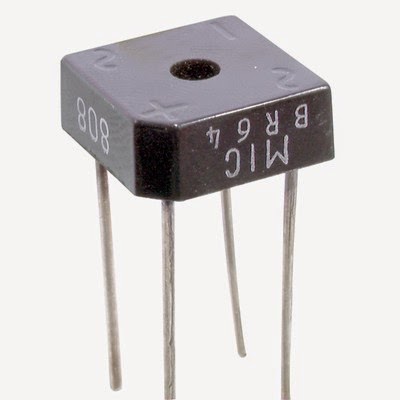 I bent the legs out at right angles and screwed them into two terminal blocks at each side as shown in this photo. 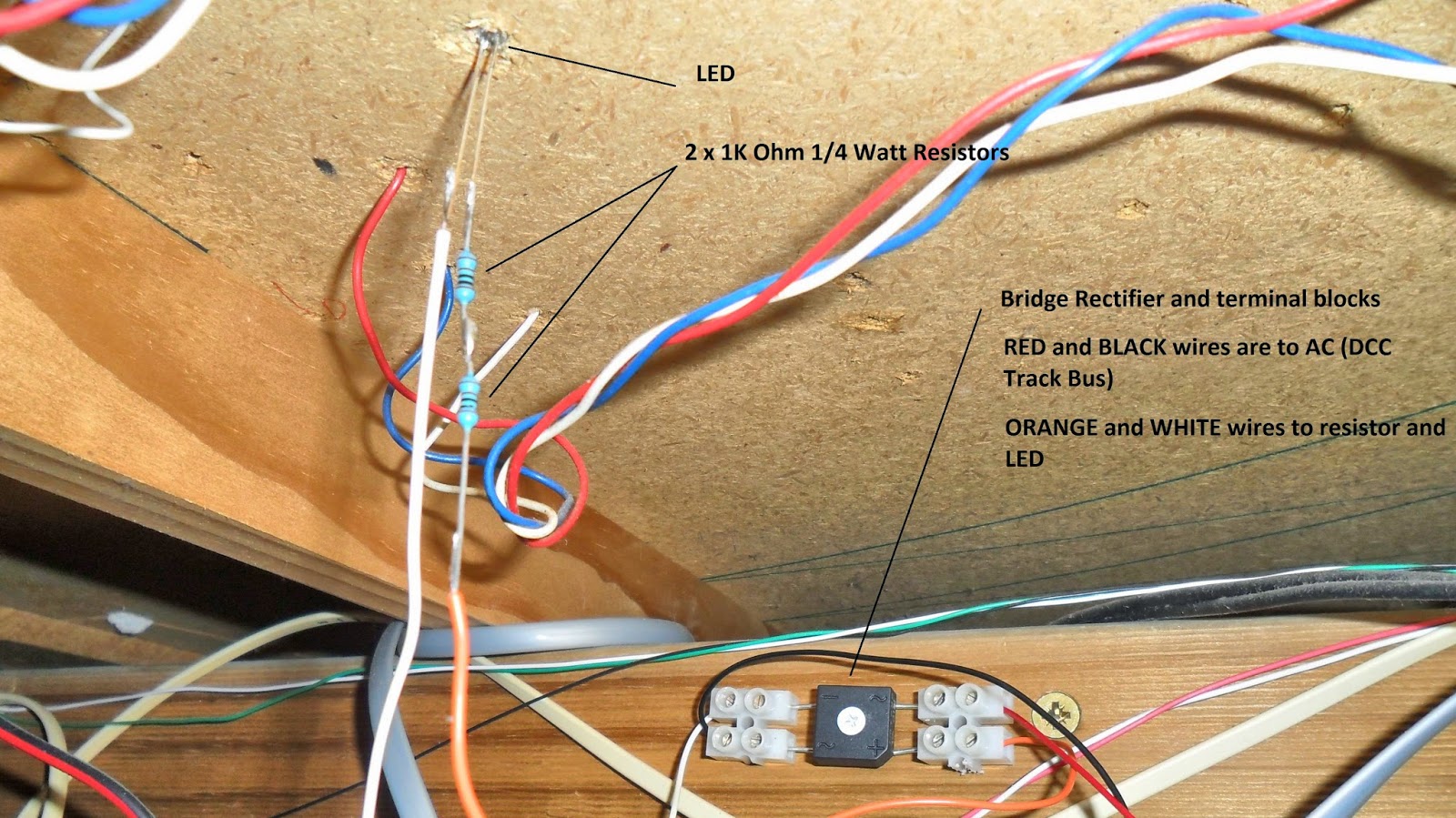 The resistance I used for the LED was 2K Ohms which was made by using two 1K Ohm 1/4 Watt resistors in series. I will rewire the LED and resistors and use shrink wrap tubing once I have decided about the resistor value.

The light level could still be a bit lower which could also help to reduce light leakage through the paint. I will have to get a few 5K Ohm 1/4 Watt resistors and see how the light level looks.

I will post the results and amend the instructions accordingly.