I was playing around last night with some photos I took of my new Cassilis branch terminus and decided to have a little photoshop fun.
I started with this photo: 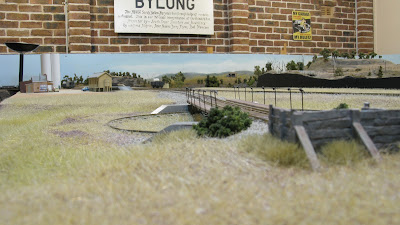 and ended up with this: 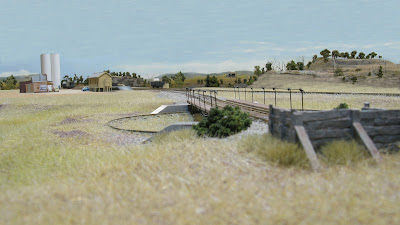 All a little rough but it is interesting to see the station in an extended countryside setting. I might have to look at painting the black fascias with some sort of foreground scene to blend it in, it could work.
Of course I will also have to build my Keiran Ryan S08 silo to replace the temporary silos, looks like an interesting project. There will also be a couple more buildings on the street behind the station.
Posted by Ray P at 11:01 PM 6 comments: 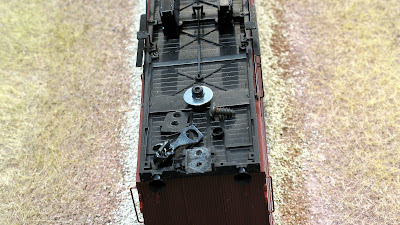 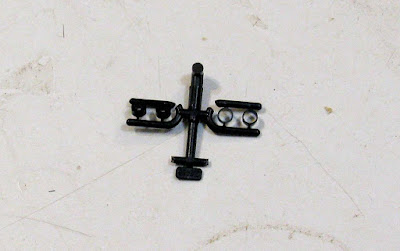 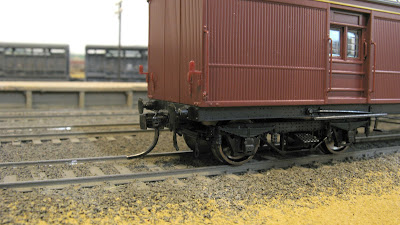 The boys have gone back...

As a lot of you would know Blair Kooistra of North of Narrabri and Lance Lassen of North West to Southern Cross arrived to chase trains across Victoria, South Australia and NSW about three weeks ago. They arrived in Sydney on Tuesday afternoon for some layout visits and a hobby shop crawl, Lance having to leave early on Wednesday morning and Blair left today but I will leave the details of the trip up to them if they wish to put them on their respective blogs. I mention this to explain why I have been tardy in updating the blog of late.
One of the layouts they came to visit was Bylong so I decided that I should get it ready and to do something about my Cassilis branch terminus that I started about 6 months after their last visit in 2009.
As you know I posted a Cassilis update a few weeks ago and since then I have managed to finish the trackwork, install the Blue Point point controls along with install undertrack Kadee magnets on hinges, start the station and do some scenery.
Here is a picture of where Cassilis is up to. 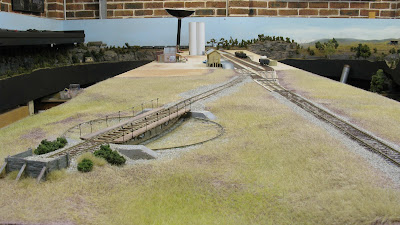 As you can see the Antons 60' Sellars turntable is sceniced in place along with ash ballast and static grass reaching to the station platform and building. I chose to build the Rail Central Pc3 station building stock standard and I also used the platform with three straight pieces and two end ramps. This makes a very short platform but there is a picture of Gwabegar station on page 22 of the Train Hobby book Country Railway Stations New South Wales Part 6 that shows just such a short platform on a terminus station. There is also the fact that I only had space for a platform of this length. Of course these platforms are very regular in shape having come out of the same injection moulding die so I decided to correct that, I took a file and scraped it along all the timber parts to give some grain and I then added nut-bolt-washer castings and some extra steel strapping to replicate what I had taken photographs of at Crookwell a couple of years ago. After this I painted and weathered the platform and here is the final result. 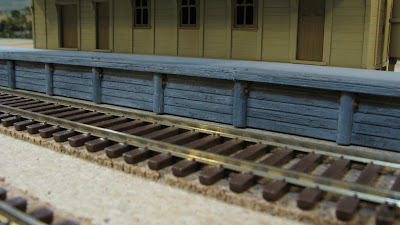 I haven't finished the Pc3 station building as yet but I am painting it in an austerity version of the stone paint scheme as this branch wasn't going to be a greater money earner (of course being a lazy modeller it matched up with my desire to not worry about too much trim paintwork).
A couple of weeks ago I had the Ramblers over for a Sunday afternoon operation session so that I could fine tune the timetable for the operating session we had last Tuseday night with Blair and Lance. The afternoon session showed some problems which I proceeded to fix with the next timetable. Unfortunately on Tuesday night we had three trains arrive at Cox's Gap Loop at the same time. I figured that someone had left a station without permission of the signalman but no I had managed to timetable three trains to arrive at the same time with two crossing between Cox's Gap and Wollar!
Lance ran several mainline trains and Blair ran the Cassilis branch goods that involved making up the train in Wollar, proceeding to Cassilis, shunting the wagons, making up the return goods and proceeding back to Wollar. All was going very well until James McInerney wandered over and told him about the rules regarding locos with hook gear and wagons with auto couplers both with and without buffers. A little bit of consternation, but he managed very well and completed the moves.
Apart from my three train stuff up and two very late trains (someone forgot to run them) we only ended up about a 6:1 fast hour late on the 12 fast hour timetable. All in all a fun time was had, here are a couple of video clips of the fun.

See you next time Blair and Lance.