Have a Merry Christmas and a Happy New Year

Well another year has gone by and this now makes the tenth year of the blog, quite amazing!

I don't know what I expected when I started the blog in 2008 but I have had fun although the posts have got a bit further apart of late. I will try to do more posts about the layout and little projects this coming year although there will be the odd 3D printing post as I find it a fascinating way to model although not suitable for everything.

I have always liked to push the boundaries and try new techniques and as such BYLONG has really been a test bed down the years since it first started in 1978. Parts of the existing layout are still in evidence from the first exhibited 1979 version and it takes me back to an earlier time when I look at this years Christmas card as the hill behind the town with the rusty corrugated iron shed above the street is from the original layout. 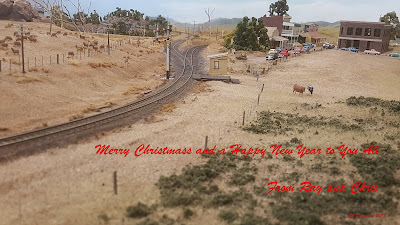 Talking of projects I really must finish the pub on the corner of the main street, slack! Unfortunately this is a side effect of having ideas and wanting to try new things.

It doesn't look like the lack of a two story verandah and awning has caused the locals to stay away on this Christmas Eve afternoon. 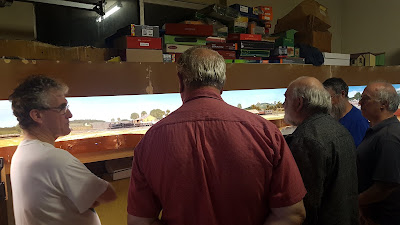 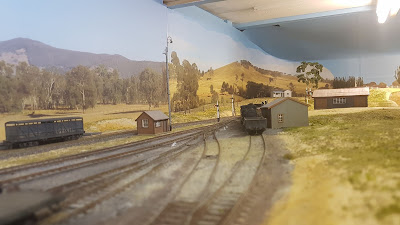 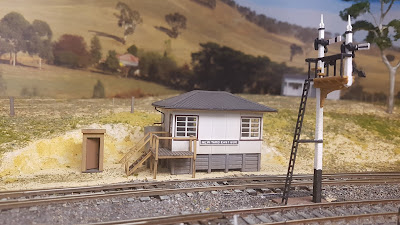 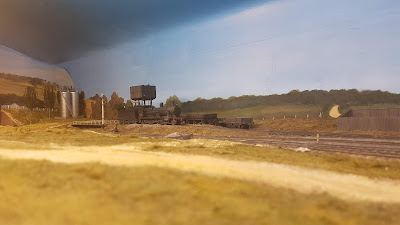 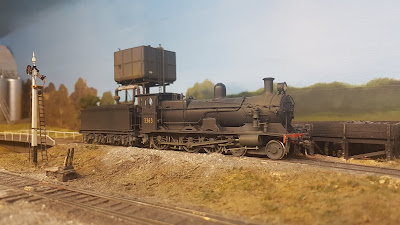 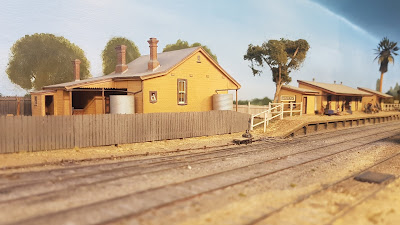 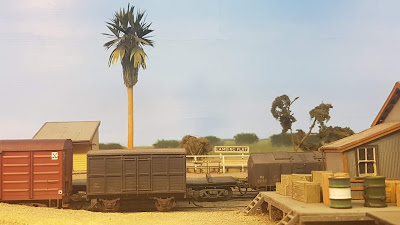 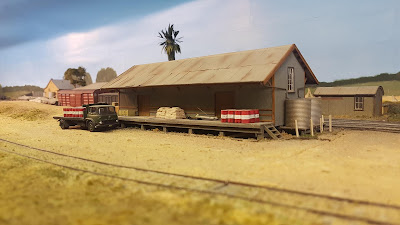 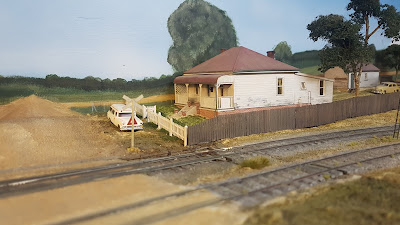 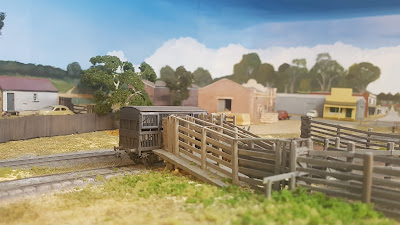 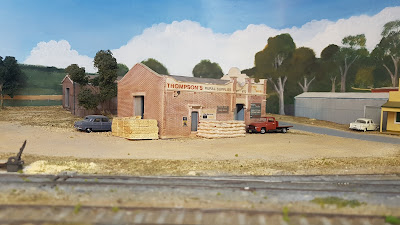 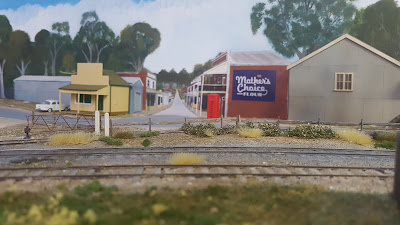 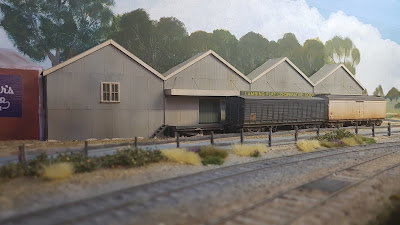 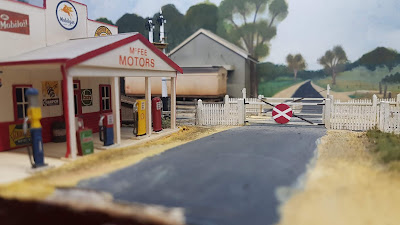 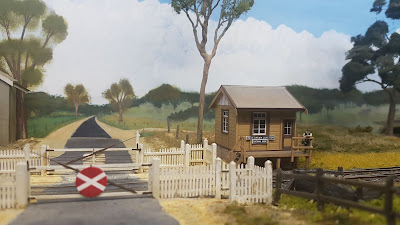 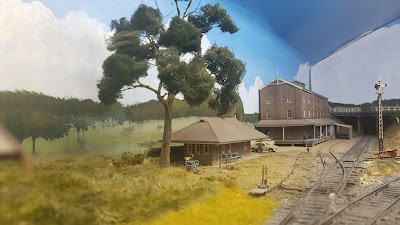 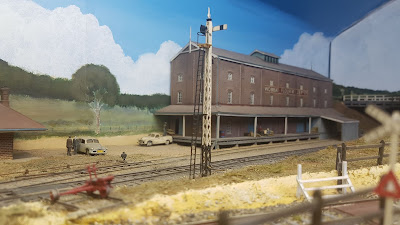