Since my post about 3D printing windows and doors for Werris Creek station building I have been doing a search for photos of the buildings from the mid 1960's to the mid 1970's and have only managed to find two photos. The reason is that I need to know what colours to paint the doors, windows, awning posts, awning trusses and all the other decorative trim.

Here are the two photos taken on 6 January 1969 and they appear to show that a lot of the trim was white with some unusual brownish colour on the line of corbels and panels between the floors. Unfortunately they don't show much else. The white however might also be a light cream or a combination of the two on different features. 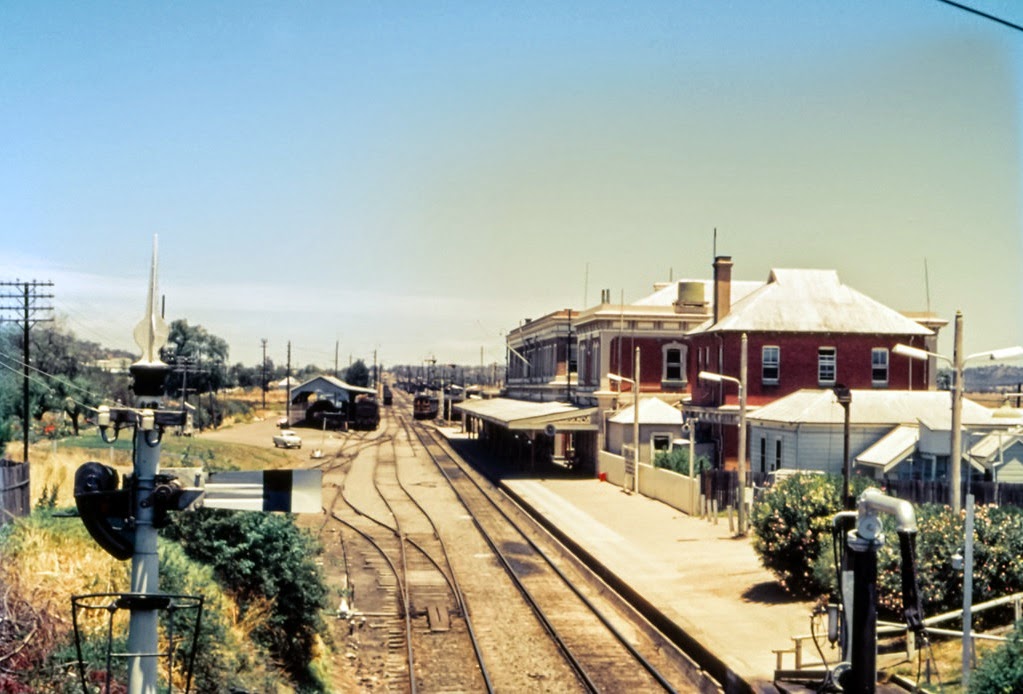 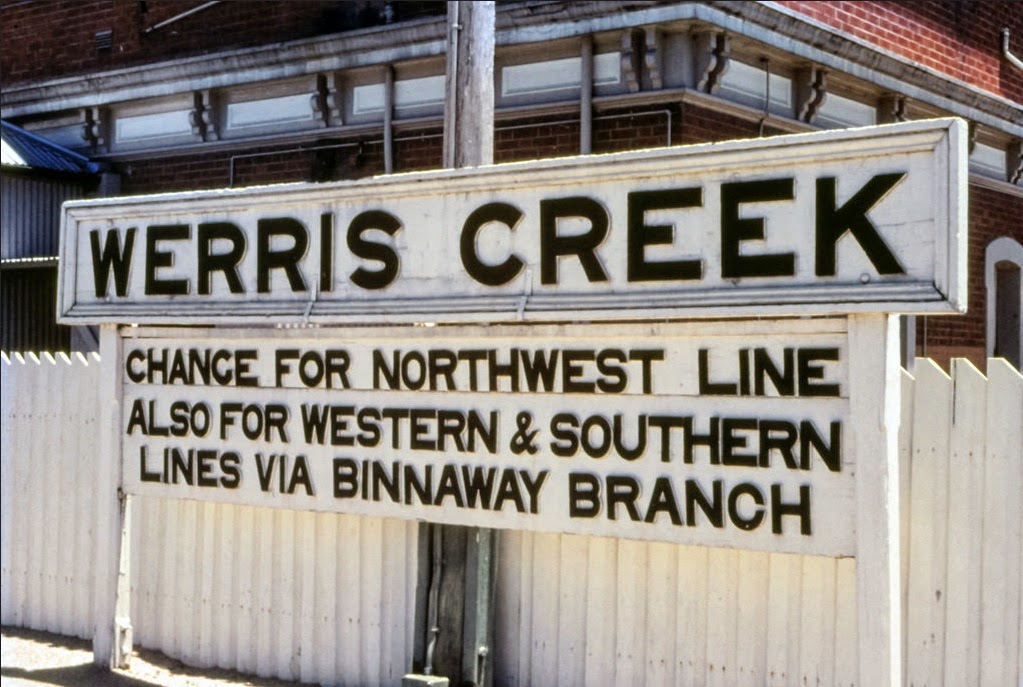 Unfortunately during my search I forgot to take note of the photographer/owner so I do apologise for this use and hope that the reason is understood.

I had some trial prints done in the White Strong and Flexible (WSF) nylon material from Shapeways and although they have a slightly rough surface and the detail isn't as fine, Ron Cunningham and I have decided that they are good enough for the project. The difference in price of the Frosted Ultra Detail (FUD) material previously trial printed and the White Strong and Flexible is about 2.5 times and this had a large bearing on the decision as well.

I did some awning posts with attached awning roof trusses in the WSF and although the detail on the post is not as fine as would be with the FUD the flexibility of the post will allow the removal of the station building for access to track work etc. The FUD material would be too brittle to allow the safe removal and replacement of the station as the awning posts will be going into holes in the platform (as do the real posts).

As the WSF does not photograph very well being white here is a computer render of the post and awning so that you can understand what I mean.

I also did the smaller window awnings on the NorthWest platform second story (17 needed) as well as a panel of the corbels between the floors (approx. 64 needed).

As you may realise the problem of reproducing the number of items on this building could be overcome by doing masters, then using silicon rubber and moulding them, however I have done this type of work before and it is just that, work! When compared with all the expense and time involved in making castings, 3D printing wins hands down.

As such, I ordered enough parts to do the main station building which I have now received and I need to start work soon.

Incidentally, a good look at the refreshment room/hotel building shows that the windows doors and trim are different, so another set of drawings will be needed, oh boy, what fun.

Anyway, if people can help with suitable colour photos of the buildings in the Mid 1960's to mid 1970's I would be grateful. Of particular use would be photos under the awning showing the colour of windows, doors, awning posts and awning roof trusses.

I can be contacted on rpilgrimatbigponddotnetdotau.
Posted by Ray P at 1:36 PM 4 comments: