It has been a while since the last post and I did say I was working on something for another post so here it is.

This took a lot longer to do than I anticipated.

I have drawn up and printed some small staff boxes for use on my Bylong layout. These staff boxes had to fit on the layout edge which is made from nominal 2 inch X 1 inch pine framing with 1/2 inch (12/13 mm) chipboard on top. The boxes were designed to fit the nominal 2 inch edge. Nominal means that the pine frame isn't really 2 inches X 1 inch and in fact measures 42 mm X 20 mm.

The idea was to use the small 3D printed staffs available from my Signals Branch shop although I did have to print two more on my FDM (filament) printer which I will come to later in this post.

So the idea was to use the small tabs on the staffs to trigger two micro switches to turn the box into a switch. Now each staff has two tabs in different places just like the prototype does. On the prototype the staff is inserted into a key way in the side of the box and this enables the box lid to be opened so that a book of tickets can be removed and used to allow a train to proceed into the next staff section without the staff. Once the train or trains have left the staff section the following train can proceed with the staff to the next staff section signal box. Of course no train movements can come in the other direction until the staff has arrived at the next section signal box to allow the process to repeat for the other direction. The other aspect of this is that the staff will only open the staff box it is for.

The staff boxes are painted in red, white, blue and green and have a circle, triangle, square and heart respectively. 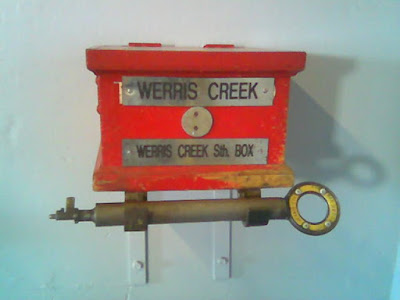 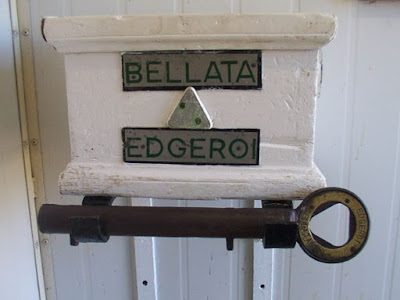 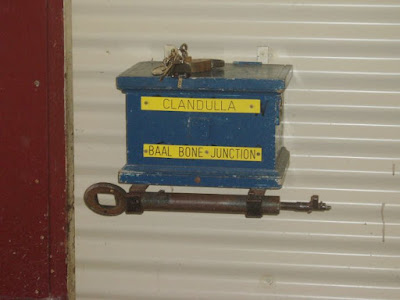 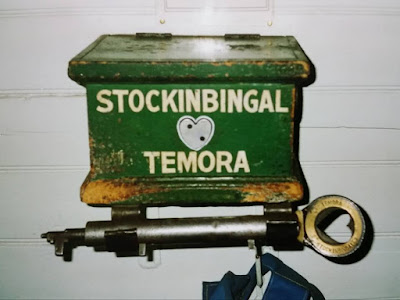 The name plates on the above staff boxes appear to be a later addition. On the model boxes I chose to used raised lettering to make it easier to paint the signal box/station names.

Here is a photo of the parts I designed and printed on my FDM printer: 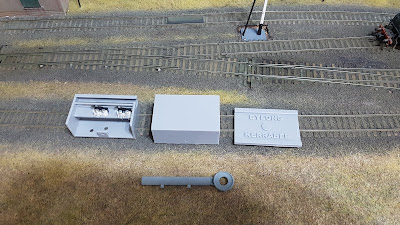 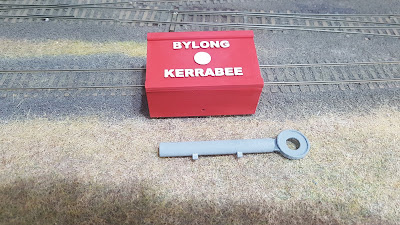 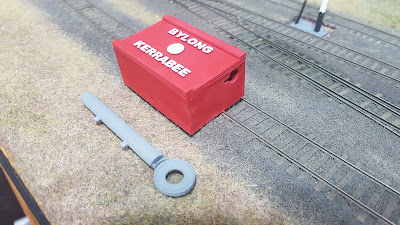 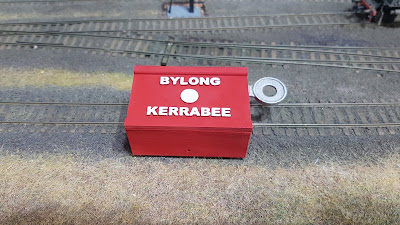 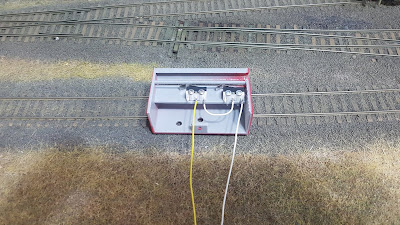 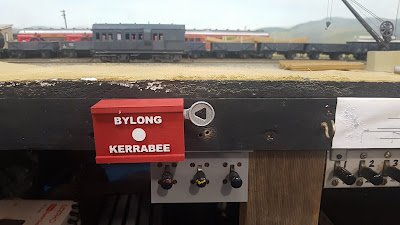 Here is the full set in order including the one already mounted at Bylong. In the way of these things I managed to put the triangle on my white model boxes upside down so It looks like some more printing and painting coming up. 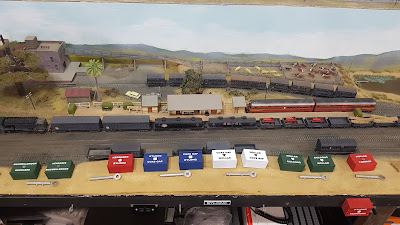 Now I have to get back to finishing and installing the rest of my signals on Bylong, it never ends does it, just as well that it is fun.