I recently came across an old VHS tape I had made of the Beyond Buliac layout which was shown at a Modelling the Railways of NSW convention in 1994.

The original was taken on a Sony Video 8 Handicam so the resolution isn't great and since I have a bit of conversion hardware I thought that those who didn't get to see it might enjoy my little video.

I had only just got the Handycam so I have to apologise for not turning the date off. Interestingly it does disappear during the video but then comes back again, more proof that I didn't know what I was doing.

Have a Merry Christmas and a Happy New Year

Chris and I would like to wish everyone a merry Christmas and a happy and safe New Year. 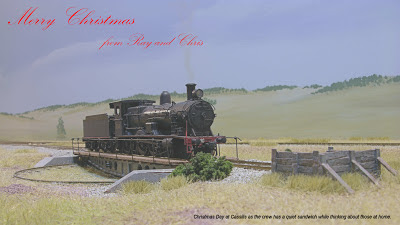 And for a bit of fun, here are a few Christmas 'presents'.


I must apologise for the poor focus on the train, I just got carried away with the particle effects in the CyberLink PowerDirector 11 Ultra program I just purchased. I will have to set up a suitable shot and try again. 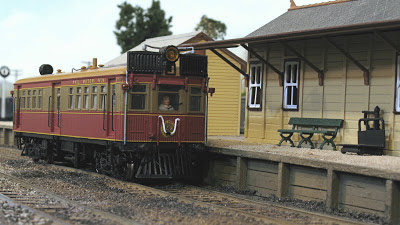 I really must dirty the CPH like these following wagons (some still have a bit of work to finish). 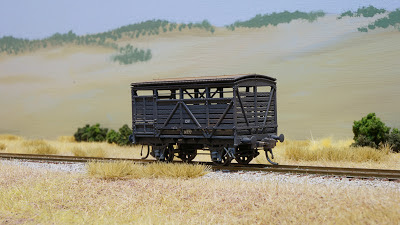 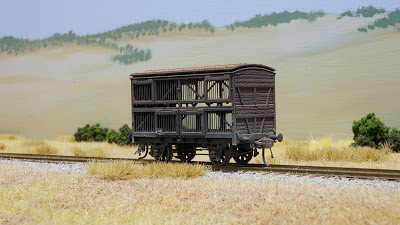 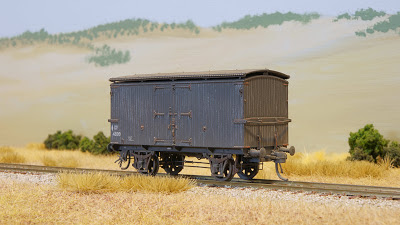 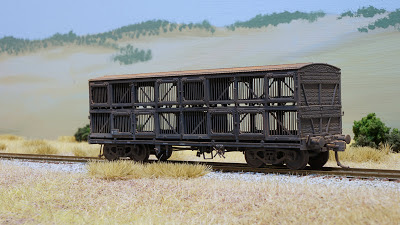 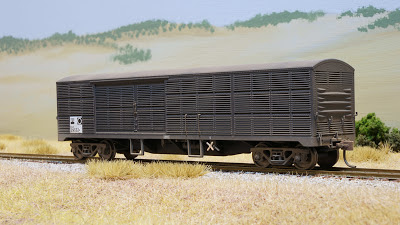 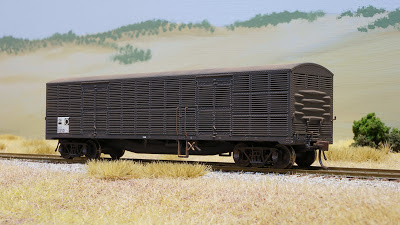 And lastly, a stock train in the loop at Bylong. 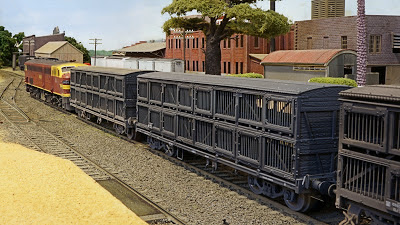 I recently found a photo of the Ampol No.3 tanker on 24 April 1965 (right in my era) in the Train Hobby Blayney/Cowra Branchline book (page 21) and noted that it had a petrol spill from one dome. Here is an extract from the photo showing the spill. There is also another photo of the same train earlier in the book. 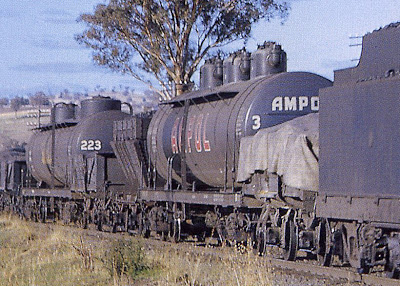 I decided that I would attempt to replicate this and here is the result. 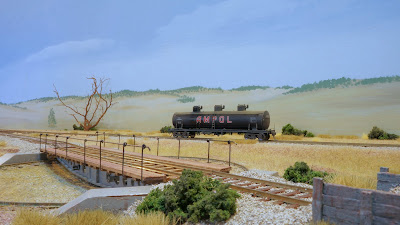 I first gave it a dusting of a pale yellowish brown and then airbrushed some clear gloss in the appropriate area. I didn't use a brush as I felt that it would give too sharp an edge.
Unfortunately my air brush decided to spit and I ended with a couple of tinydrops when doing the dusting, oh well it still looks good. 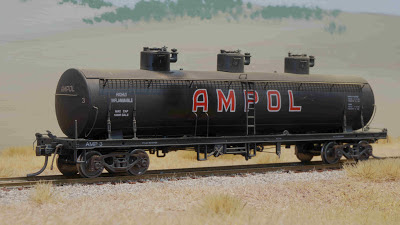 But it could do with a bit more clear as this closer shot shows.

Here it is with some more petrol stain (clear), the spatter can be seen under the walk way below the first dome. 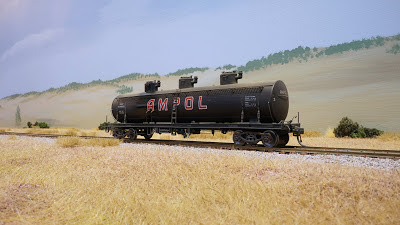 Having survived the prostate removal operation, 4 days in hospital and another 7 days with a catheter attached I am now in the last stage, trying to get my bladder control back. Enough said about that though.

I managed to do my first bit of modelling yesterday based around several SDS Models Oil Tankers.

SDS released some of their tankers as single cars and as I have been running timetable operation with my existing kit bashed tank cars I decided that I would try to replace them one for one, brand for brand. The problem was though that SDS have not released much for the 1960's.

I decided to back date several of the 1970's versions.

I understand that there may be some errors in my approach (bogies possibly) but decided that I could live with that.

I bought an Ampol tanker with the small lettering, a BP, a silver Golden Fleece (1960 version already) and 2 Esso tankers.

I took a sharp hobby knife and carefully scraped off the yellow 80 kph hexagon signs and with a bit of careful air brushing I painted the grey anti-slip areas around and on the domes with black. I used a piece of card and held it in front of the dome side numbering which allowed a little overspray on the lettering (proper masking would have left a clear demarcation line to be dealt with).

The silver Golden Fleece tanker was heavily air brushed with a grey/black until the lettering was just visible as per the photo of a real silver tanker below. I have also added a photo of the actual type of Golden Fleece tanker which from the test date appears to be from 1984. Note that although it is cleaner than the earlier late 1960s - early 1970s photo it has possibly been cleaned recently. 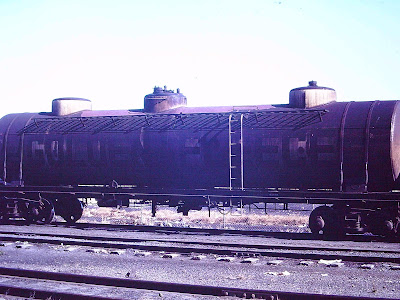 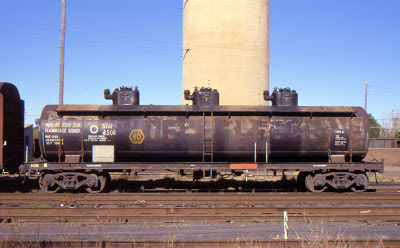 Here are the models: 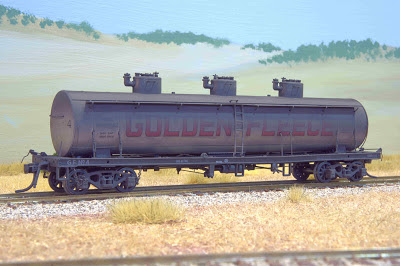 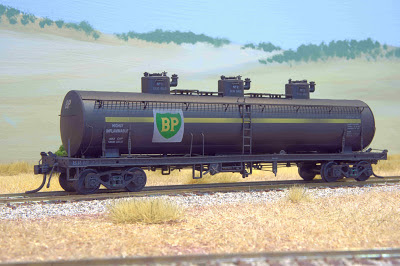 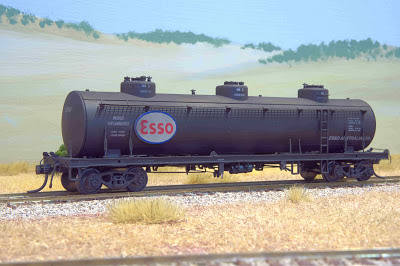 And finally the Ampol tanker done before my operation. 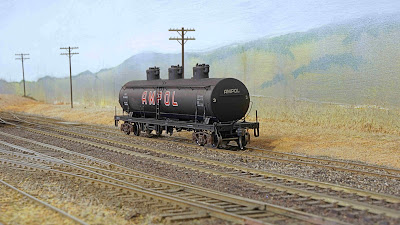 I will add some more weathering with pastels as time (and other issues) permit.

Anyway, I am happy to back.