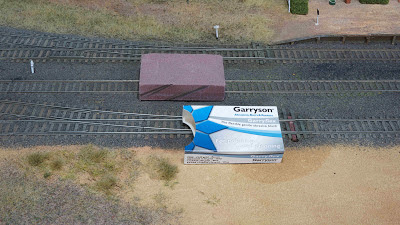 G'day Ray. I have used the same blocks on my layout for years. The first one lasted over a decade. Just remember to rotate the block as you clean so as not to wear grooves in it.

The only negative would be grit fouling point blades.

I got mine from Fisher Discounts in Fyshwick ACT.

The good/bad news is that they are on special at Element14 (used to be RS Components) latdonefor $6.95 each at the moment

Hi Ray, many best wishes to your folks on their move to a retirement home. My sisters and I had to move our dad to one in 2009, and he didn't want to go but was unable to take care of himself. Thankfully, your parents are together, so that will help their transition. I'm impressed that your dad still has the desire to model! Good on him!