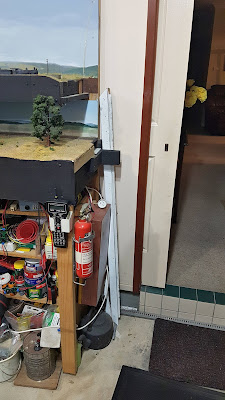 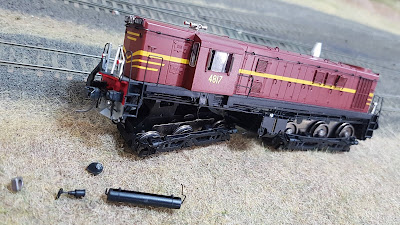 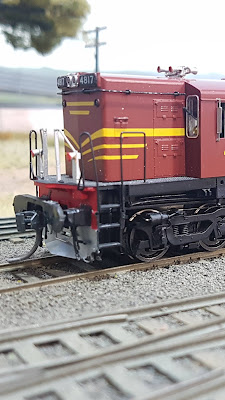 That was very lucky escape.

There a lot of "should do's" in this world but the layout runs on DCC and many locos are fitted with Keep Alive capability including the the Trainorama 48 that took the dive so dead track before the drop wouldn't have made any difference. The only answer perhaps is some sort of sprung wall or rod that would come up and form a physical stop and that is not so simple.

The hinged ends of the drawbridges form the required physical stops so it is only the one end that is a concern.

I also initially thought a simple switch which would cut power to a couple of feet of track prior to the bridge section, but your keep alive capabilities sure counteract that method.

However, looking to the prototype, how about a set of catch points activated when the bridge goes up, positioned just far enough back from the bridge section to be effective, better to have an engine "in the dirt" as opposed to head first into the concrete!

Ray, I had actually thought of a kill-switch for the entire layout...
Darren, that's an even better idea, and definitely prototypical for at least some opening bridges.

catch points would not be correct in the locations that would be required so that is out.

A kill switch is out as the same run on problem would still happen with DCC locomotives fitted with Keep Alives.

I am not that worried anyway, as it had been about 30 years between 'events'. I just thought that modellers would find it interesting.

I am not particularly concerned about solving the situation.

Ray,
I believe they had already written a song in anticipation for you:
https://www.youtube.com/watch?v=lk6kvVGPURA
Bob

Took me back that did, I liked Suzi Quatro.

Hi Ray,
You could give these a try.