Armidale Convention and a Shift in Time

Christine and I have just returned from our journey up to Armidale from southern Sydney.. We left on Thursday morning at 5:04 am. Why so early? Well, back in January Chris told me that she wanted a caravan so a month later it sat in our driveway. The early start was to try to clear Sydney before the peak hour really started to get going. We had a good trip up to Quirindi where we decided to stay overnight instead of pushing through to Armidale. All evening and throughout the night we heard the coal trains passing but mainly just the horn, the modern wagons are relatively quiet, boring though.

As we were walking to a coffee shop we ran into Ian Black and Chris Sim so we had an enjoyable couple of hours chatting over coffee and photographing the station. We went into the museum and were invited upstairs to see the HO layout based on Werris Creek that is being built. It is virtually finished but with the station buildings still to be made. 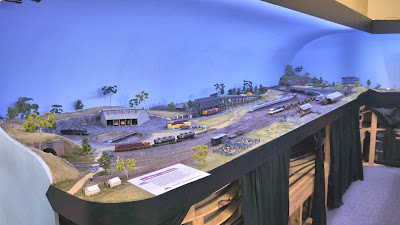 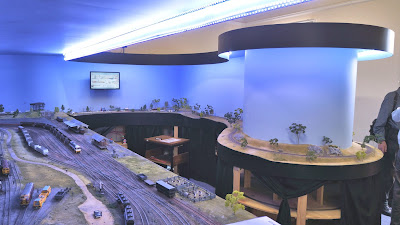 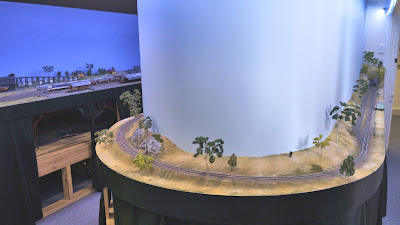 Later that afternoon we made it to Armidale and I went to the Friday night registration as Chris was very tired and elected to stay in the van. I managed to catch up with Dave and Maureen Heap and had an enjoyable meal with them in the Bowling Club Bistro.

The convention was very enjoyable and I had many chats with friends old and new. I won't name names as there are too many and I might miss someone.

Rohan Fergusson had his newest railway module there as a large diorama along with several models, an amazing very large bulk wheat model and a really nice Queensland style pub. Here is a link to Rohan's blog and the bulk wheat model. 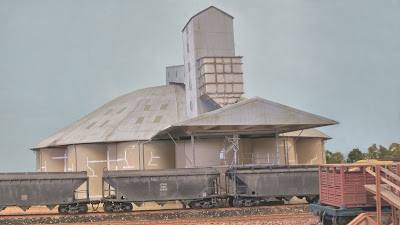 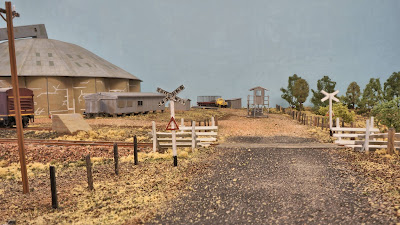 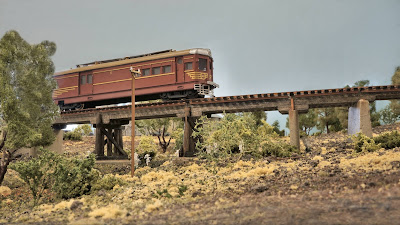 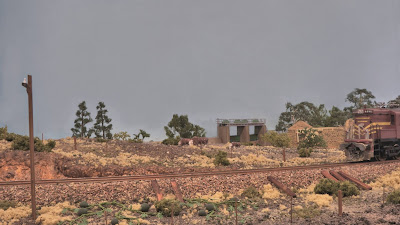 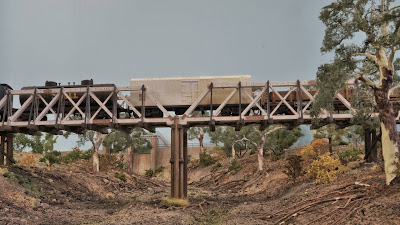 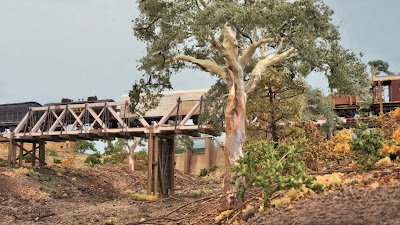 And here is Rohan's pub model. 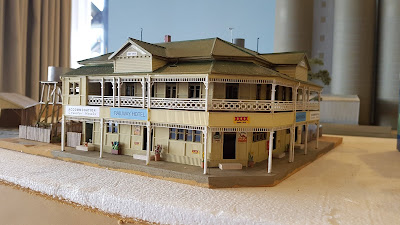 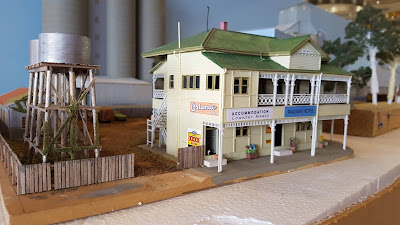 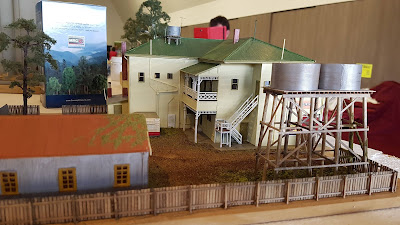 Also there was an On3 old town diorama and and N Scale diorama of Moffat Tunnel of the D&RGW railroad. Moffat Tunnel is a famous railroad and water tunnel that cuts through the Continental Divide in north-central Colorado USA. 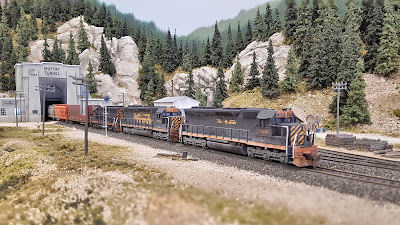 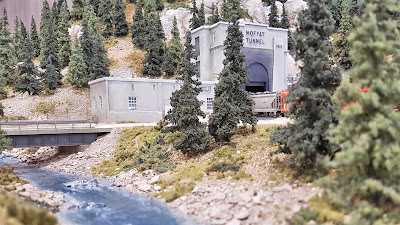 There were some layout visits that I could have attended but I was too busy talking and 'missed the bus' so to speak. I particularly wanted to see the Great Northern Railway layout which was modelled on the GNR in the New England area.

One aspect of the convention is a sort of requirement to bring a model along but given the numbers attending and the models on display there were more than a few who didn't bring a model. That isn't a complaint just an observation. The models displayed were interesting but unfortunately I didn't think to take any photos of them. I displayed my latest Fettlers Cottage pilot model along with my working Fine Detail signal diorama, a Distant signal in WSF and the latest Fine Detail Distant signal in FUD as a comparison. I also displayed the part completed Werris Creek platform bracket starting signal.

Laurie McLean had his diorama with On3 working figures and animals all run with tiny geared motors and cams, amazing work. There were other clinics on DCC, JMRI Decoder Pro, servos and trestle building.  Wagon weathering with Ian Millard, point building with Andrew Campbell and of course the irrepressible Keiran Ryan was there showing and working on his 7mm products.

I managed to spend more on the weekend than I have in quite a few years.

I have been pondering all year about which version of the Casula Hobbies R Car Sets to get and finally came down to the Tuscan and Russet 5 car set. Now, by 1965 (my modelling year) the R Cars were in Indian Red with single yellow line, so what happened?

I have decided that I will have two eras, 1965 and perhaps 1955 - 1960. I have been working up to this for a while now and thought I may as well take the plunge as I liked the Tuscan and Russet so much.

The earlier era will allow me to run my two D57s in the right time period. D57s on the Sandy Hollow to Gulgong line you say? Yes, you see since I am modifying history I decided that the line was upgraded to allow heavy trains like W44 to avoid going over the Blue Mountains, into Sydney and out again to cross the Hawkesbury River and into Newcastle. the only trouble with W44 is that I don't have the appropriate wagons, oh well, one step at a time.

As part of this move, I have bought a Bergs brass C35 which may replace my two Austrains C35s that I have modified to fit the 1965 era. The difference between the two times is that by the mid-1960s the C35s had a section of valance removed above the crosshead, no doubt to simplify access for maintenance. My two Austrains C35s have had this section of valance removed and they have also been re-numbered to two locomotives running at the end of 1965 still with original tenders, numbers 3520 and 3532.

One of the highlights of the convention is the Saturday night dinner with an after dinner speaker. he speaker this time was supposed to be Tim Fisher but unfortunately he couldn't attend at the last minute as he was in Melbourne for Remembrance Day and got held up. Tim's replacement was Senator John Williams who acquitted himself well giving a talk about his childhood railway reminiscences and his several Anzac day trips to Hellfire Pass on the Thailand - Burma Railway.

For me the weekend was more about the social contact with other modellers than it was about the various sessions and I spent the whole weekend mostly just talking and spending. There were quite a few ladies present at the convention and a tour of the nearby Saumarez mansion was arranged on the Sunday and at least 15 of the ladies went along. Chris said it was just amazing as the mansion had been kept as it was in the Edwardian era by the last surviving family member. Rooms were even kept as they were when various family members passed away, so the mansion slowly became a museum. It was handed over by the more distant family members to the National Trust in 1985-86.

Christine and I will definitely be returning in two years time for the next Armidale convention and I encourage those who haven't yet attended to make sure you go as it is an enjoyable few days away, a sort of model railway holiday.
Posted by Ray P at 10:44 PM